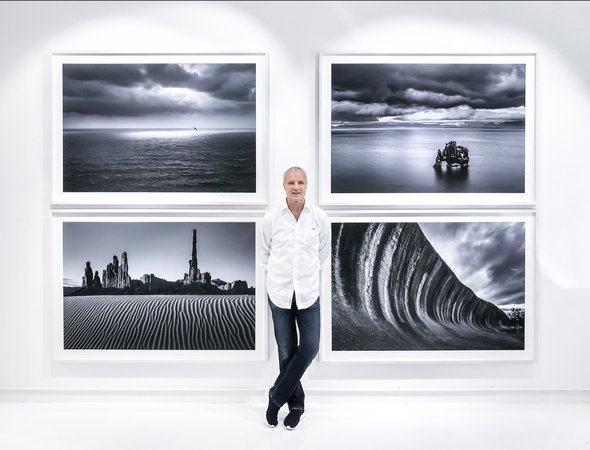 "Tom Jacobi was born in 1956 in Bonn and began with photography at the age of fifteen. After a short time at university studying law he turned completely to photography, became one of the most successful "stern" photographers and finally art director at this German weekly magazine".

"For more than four years (2014 - 2018), Tom Jacobi traveled the continents, creating a view of the world in its basic materiality with his large-format landscape photographs".

"With his trilogy from the series "Gray Matter (s)" (2014-2015), "Into the Light" (2015-2017) and "The Light Within" (2018), Tom Jacobi paid a tribute to nature and our planet Earth. The trilogy is characterized by the fact that it was photographed in color, but color is mostly banned from the works. Jacobi models multi-faceted nuances in the spectrum of grey, white and bronze into an unadorned cosmos, which he calls the "absence of the juggler named color": archaic landscapes, rugged cliffs, graphic structures of water, deserts, clouds and ice".