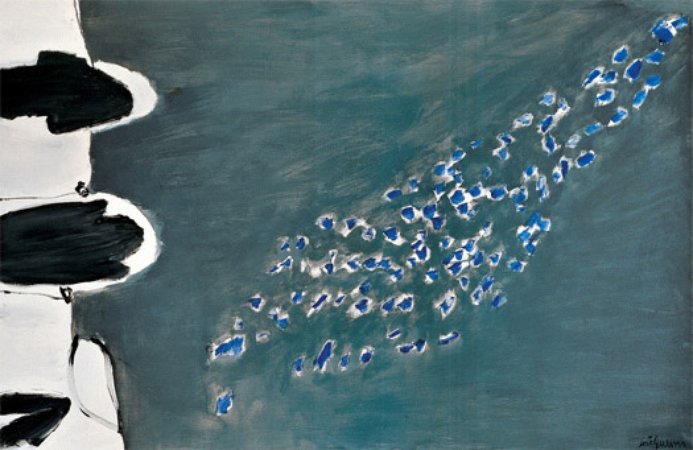 The exhibition, which takes its title from one of the oils on display–Pelegrinaje (1969), "which refers both to Lorca's poem Los pelegrinitos [The Little Pilgrims] and to the artist's own wanderings between continents–focuses on a study of the years when Guerrero temporarily returned with his family to Spain in 1966, almost twenty years after he had left "in pursuit of modern art" and settled in New York. Two key issues convinced Guerrero with regard to his return: the opening in Madrid of the Juana Mordó gallery in 1964 and his meeting with Fernando Zóbel, who opened the Museo de Arte Abstracto Español in Cuenca in 1966".