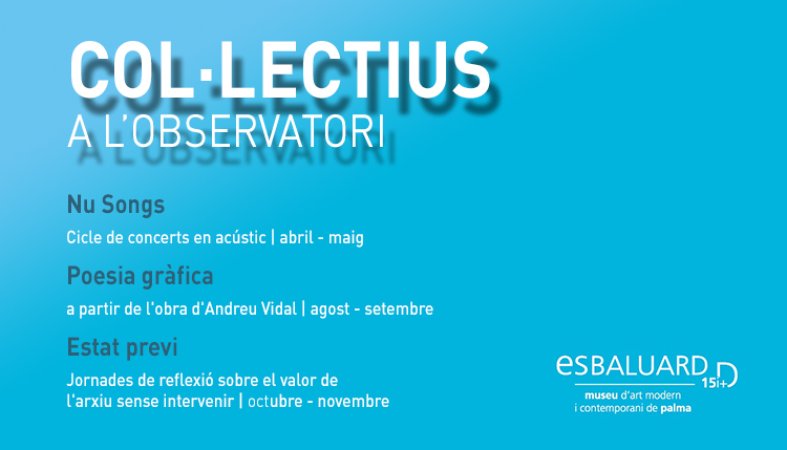 NuSongs. Acoustic concert series. From April 4 to May 30
Pecan Pie organizes four concerts within the framework of a music cycle in acoustic format.

The concerts will always be on Thursdays at 8:00 p.m. and admission is free until full capacity is reached. Singer-songwriter Roger Pistola will be in charge of opening NuSongs on 4 April. The following appointments with the public will be on April 25, May 9 and May 30. Groups will be announced approximately two weeks before each performance.
Program

From July 1 to 7. Atlàntida Film Fest